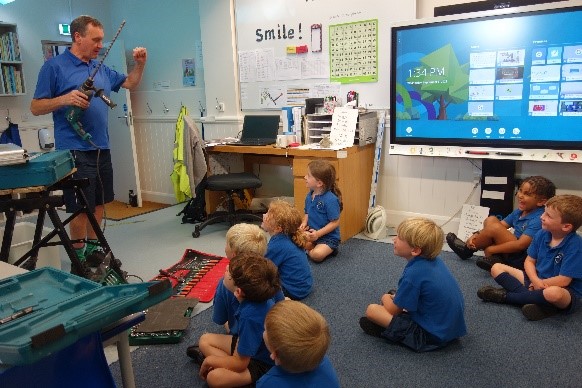 Year 1 Pearls have been enjoying some DIY training with Mr Southworth!

This term our topic is called “We all have a responsibility to make our school work”. As well as looking at our own responsibilities, we are also finding out about the jobs other people have at Dolphin School. Mr Southworth demonstrated a wide range of tools, and explained how he used each one to fix and build things. He told them that his first project was a bike, which he put together when he was a child. He has also refurbished a boat and restored a 1966 Beetle car. He’s now working on his latest project – a 35 foot yacht – which he says is proving to be the most difficult!

Mr Southworth also talked about his ‘second’ job as the school lollipop man.

The children sat in rapt attention, and were extremely keen to have a go at handling the tools when he had finished.

They asked him lots of questions.

“How do you fit in two jobs at a time?” Kezia

“How do you fix things?” Gikeno

“Have you always wanted to be a builder?” Timothy

“Can you demonstrate how to build some stuff for us?” Sam

A special mention has to go to Kezia who surprised us all with her extensive (for Year 1!) DIY knowledge. She recognised the glue gun used for sealing baths, and the plunger, and she was also able to explain that the spirit level can be used to put up pictures.

At the end we spent a bit of time thinking about things we can do in order to make Mr Southworth’s job easier. 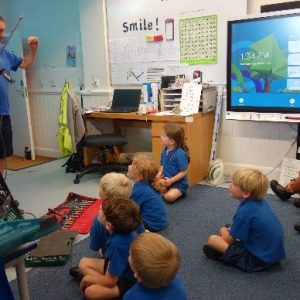 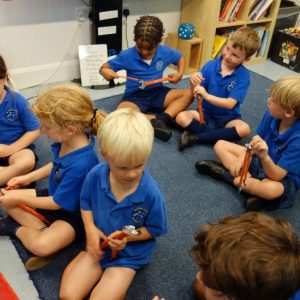 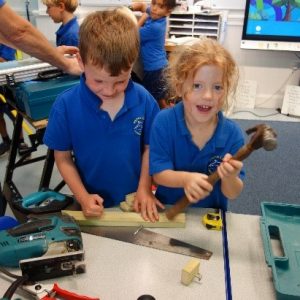 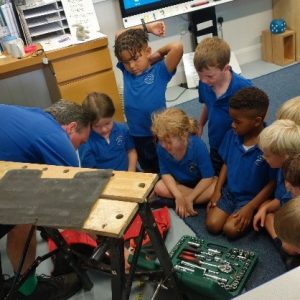