On Monday 24th June we started our journey to Hooke Court. We met up with all our friends at Clapham Junction Station at 9am, had a group photo, said our goodbyes and then we were off! We spent two long hours on the train but at least we were able to chat and play card games the whole time. Finally we arrived and the fresh air was so wonderful to smell after sitting down for all that time! We arrived and I was so excited about the activities that we were going to do but I was also curious about where we would be sleeping. After we had placed our bags in our rooms in the North Wing, we had a little bit of free time and then the first activity began. By Elina.

We met Alan, our group’s leader in a luscious, green field by the river and began our activity. We took part in lots of team building exercises which were really challenging and fun. Alan then took us to see the Viking Roundhouse where he shared stories of life at Hooke Court. Exhausted, we headed to the dining hall where we ate delicious pasta bolognese and apple crumble. Once dinner was over, we headed to the manor house, which was built in 1492, for an incredible kite building workshop. We were even allowed to fly our kites on the great lawn by the moat. It was wild and magical!! By Steven

The next day was TRIBAL DAY! We had an early start. Wellies on, we sloshed our way to the woods where we were greeted by a lady called Kate who showed us how to build incredible shelters. We were put into three groups and set about making our structures.Later on, after our tasty barbeque lunch and ice cream, we headed back to the woods to make up our war cries and design our settlement. In the evening we sang songs and told jokes around the campfire. We really did laugh a lot! By Irina.

On the very last day, we ate croissants and jam and then helped each other to pack bags and find missing socks and shoes before going to the Healthy Eating Workshop. I was in the group who made some yummy chicken soup. Everyone said it was amazing! With full stomachs we boarded the train home. In two hours we were back at Clapham Junction and were greeted by our parents. Hooke Court was so fun! By Aavani and James. 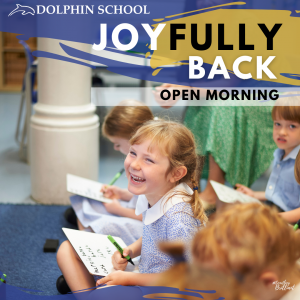 Our next Open Morning is on 12 October.