This house believes that Veganism is the only moral dietary choice.

This was the subject for debate at Dolphin this morning as our Year 6 children proposed the motion against the Year 7 pupils of Thames.

The debate followed Monday’s workshop, led by Ms Taylor from Thames Christian School.  The children were taught about the structure of debate and the components needed to persuade effectively.  They explored what makes public speaking successful and began to structure their arguments and research facts to form a speech.

Three passionate and well prepared speeches were delivered by Liberty, Zac and Giulia. With help from their fellow classmates (a special mention to Darcey, Dougal, Isaac and Sofia), they had researched the reasons for veganism and managed to persuade others that it is the only moral dietary choice.

Thames were equally persuasive and presented well sourced and compelling evidence to oppose the motion.  With their challenging floor questions, Thames was a tough opponent. However, when all was adjudicated, Dolphin won the debate, based on their impressive delivery and excellent public speaking skills.  Well done, one and all!

‘We learnt that you could argue, but for a good reason.’

‘I learnt that using anecdotes really engages your audience.’

‘I enjoyed thinking of ways to counter my opponent.’

‘I have learnt how to debate and enjoyed researching and creating facts for speeches.’ 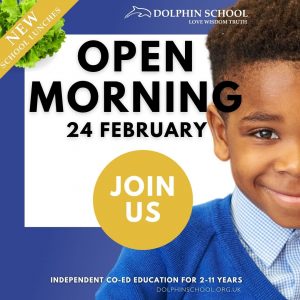